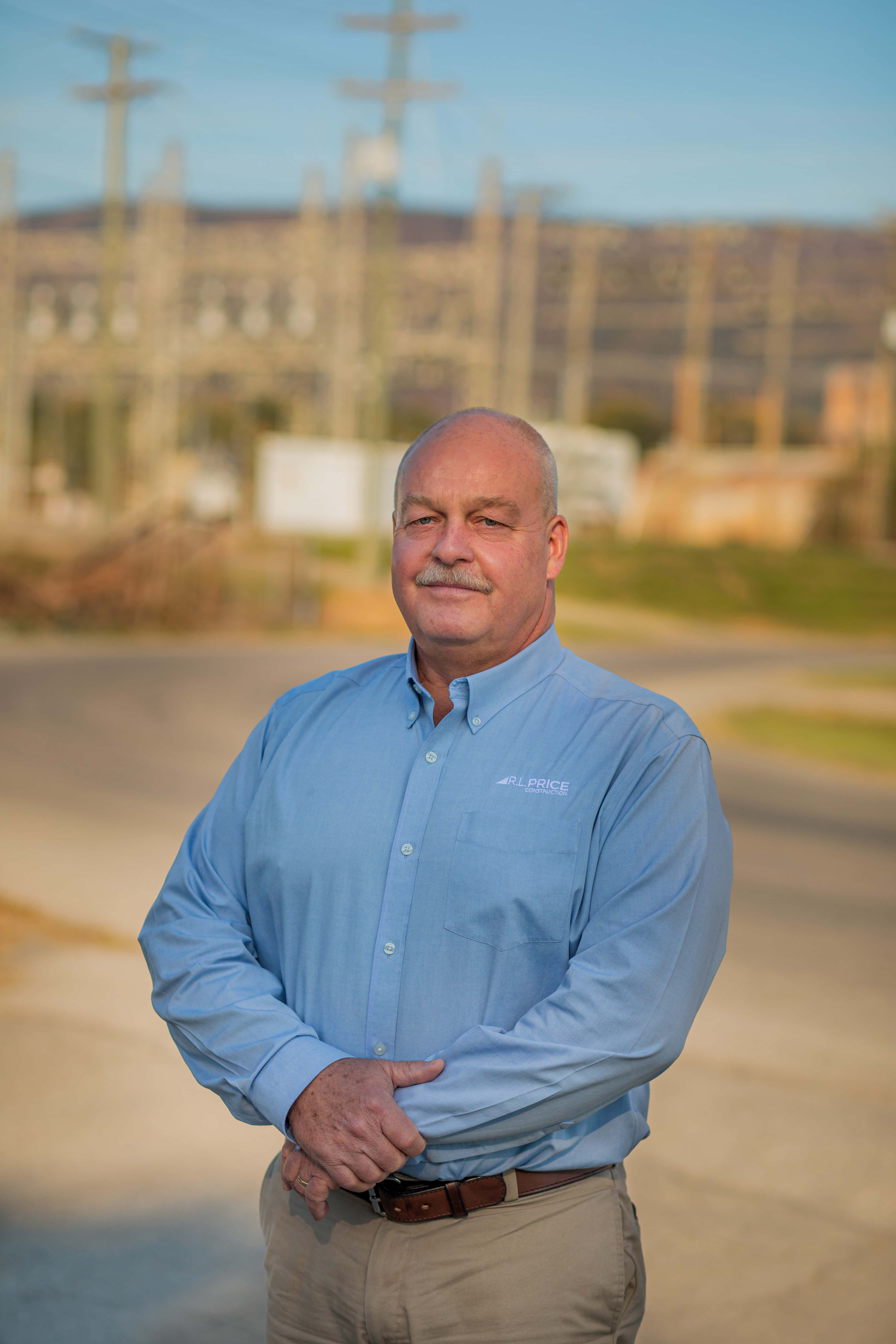 Robert L. Price III – known to his team as Bob – is the President and Estimator of R.L. Price Construction. Bob’s career began at Virginia Polytechnic Institute and State University where he majored in building construction. He’s since gained more than thirty years of experience in the industry. Bob has been with R.L. Price since 1990, when he took on the role of vice president. He became president in 1999. Prior to his work with R.L. Price, Bob served for several years as the vice president of Creative Construction and Development Corporation.
In addition to heading up a talented team of project managers, superintendents, and office staff, Bob is very involved in his community. He’s a volunteer firefighter for Masons Cove Company 10 and head football coach at Roanoke Catholic School. Bob also enjoys spending time with his wife, Linda; three sons: Seth, Aaron, and Ben; and Hank, his new grandson.